Now she knew what Love is. Three months ago, silent voices of frustration echoed in her mind. The search for a permanent solution from past many years was still on. Long walks under the moon light continued giving her courage. But till when she should depend upon patience?

A hope that things will be alright, she focused on herself. Her professional life was more of a burden but her hobbies made that easy. Strength training early in the morning, writing blog and evening walks. A schedule she maintained and followed along with the three activities which were her life.

Heartily she had been confiding all her feelings to the celestial body since the day she understood her parents were managing their relationship somehow. Considered Moon to be her only friend, she shared all her problems and together they would find the solution. Her girlfriends were equal to nothing when she found out that they were jealous of her and gave her advices which complicated her life. Why? She never asked and got herself free by cutting them off from her life.

The desperation overpowering her controlled emotions was igniting frustration. Desire of being physically attached bloomed when she saw a charming guy staring at her. There were 11 people in the café that day including the three waiters and the accountant. Sitting at the left corner table diagonal to hers, he signalled by his hand to ask for if he could join her. She innocently agreed with a nod and the conversation started. His blue eyes took away her heart but her mind poked to wait as she was aware of the current scenario and her observation power was good.

Two three meetings converted to satisfaction of physical needs, which she was desperately waiting for. He made her feel comfortable, a warmth she felt and his way of treating her made her to assume he loved her which she wanted but he was not the right guy. Two months of togetherness came to an end when he rejected to meet her every time she asked him. She then dropped the idea of meeting him ever and straightened her spine to focus on priorities.

Coffee in hand, after a month at the same café, she thought about her seriousness towards the guy and the web of love one romantically weaves. Her long walk after coffee, she discussed the same with the Moon and concluded that one can find Love for short periods as well. Lying in bed she wondered how many hearts he must have won.

This is Novembers FURIOUS FICTION story which I wrote. Not the best of what I wanted to write. Its just I don’t know what. I did not like the story this time. I guess its part of the process of learning. 🙂

This site uses Akismet to reduce spam. Learn how your comment data is processed. 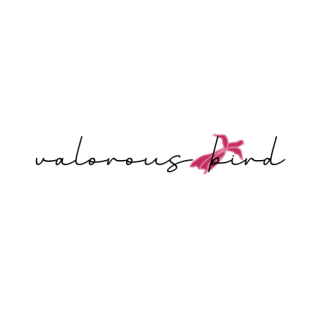 Impressive about me is my eagerness to try everything. Self Motivation is a fixed gear of my creativity vehicle provoking me to dance to the tune of optimism. Yoga and books are the two transducers of this victim which have helped to be straightforward and open minded. Improvement is the second gear which is under construction and will always be undergoing changes simultaneously achieving different goals. There are other supporting gears with less of speed more of energy. This is KRITIKA 🙂